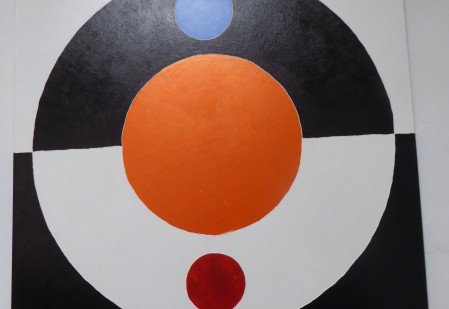 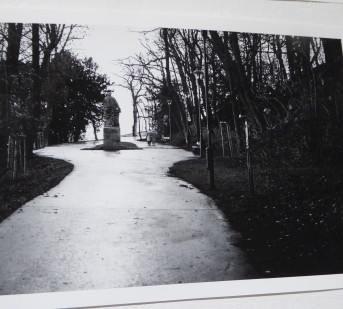 Fragmented Vision: Four talented Prague-based artists approach their visions from four different directions, from starkly geometric forms to softer edges and gossamer wings to lively figures on a ray-streaked background. Works by Ekaterina Kern, Nikola Šrajerová, Zeé Ryzhov and Nikita Anosov assist in launching the activity of the newly-opened Galerie Troba, located on the edge of Vinohrady and Zizkov at Velehradská 24. Despite their differences, the artists come together to offer these fragments of their personal visions, attempting to evoke and encourage feelings of harmony in the observer, making his or her way in an oftentimes shattered and decentralized world.

Ekaterina Kern: Ekaterina is seeking to understand and express the way that color and form vibrate in our psyches, and at the same time, how our bodies, thoughts, emotions and spiritual centers are impacted by those vibrations. She seeks to create art that makes a difference in the lives of her clients. Ekaterina is melding traditional and not-so-traditional art techniques with her knowledge of the science of chakras and bodily energy flows. She has also developed her own method of “Art Visualization” to create personalized paintings as a part of her “Inner Balance” project. At Galerie TRoba now, her works are displayed in the themes of “Timelessness”, “Lotus” and “La Papillon”.

Nikola Šrajerová: By contrast, Nikola seeks to find the beauty in austere, geometric forms on simple backgrounds. The names of her latest paintings vary little — each is a “path”(“cesta,” in Czech) in itself. The paintings consist of a single line or combination of lines that draw the eye in several directions at once, yet which still flow logically from canvas to canvas when viewed together. Straight lines transform themselves into disembodied curves. Nikola’s work challenges the viewer to reflect on the boundaries of aesthetic appeal.

Nikita Anosov: Also oriented toward geometry, Nikita seeks to influence the state of consciousness of the viewer and awake his full potential — drawing on the principles behind Buddhist mandalas, calligraphy, the Egyptian pyramids and architecture based on divine proportions. Mathematical precision moves forward and gives way to esoteric results. He has even dubbed his self-described “devices” as “PSYART” to denote the integration of the observer with art, mathematics, astronomy, medicine and metaphysics that is his ultimate goal.

Zeé Ryzhov: At 17 years old, Zeé is the youngest of the four artists exhibiting their work at Galerie Troba. Her inclusion here speaks to the original intent of the Galerie to be a haven for maturing artiests, and Zeé obviously has a strong future ahead of herself. Her work features vibrating portraits splashed against geometric rays of brilliant color. Her somewhat pointillistic portraits return the abstract geometric visions of her co-exhibitors to organic, yet recognizable images that will delight the eye of those who visit Galerie Troba. 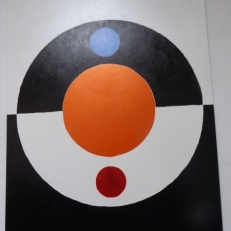 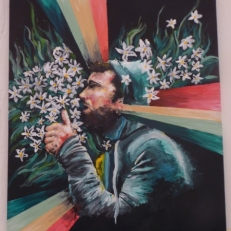 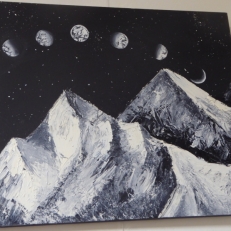 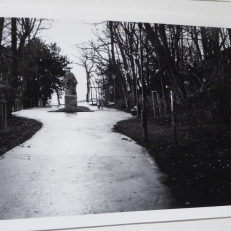 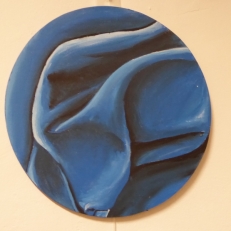 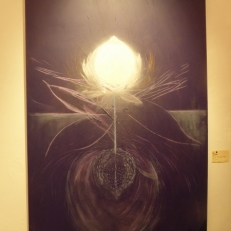 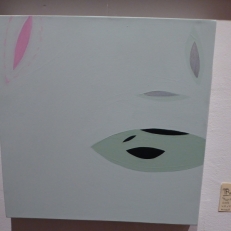 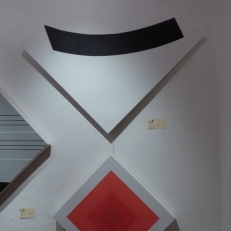 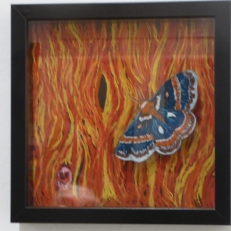 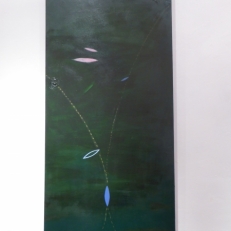 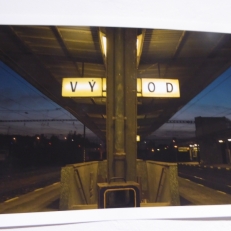 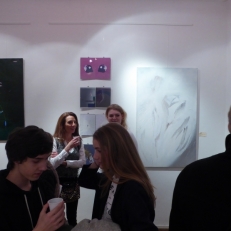 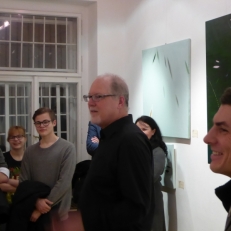