Dear Friends It is with deep sadness that I announce this natural disaster that is destroying houses and leaving thousands of vulnerable people, vulnerable to the cold without any human conditions.
As a Mocambican and photojouranalist could not stay the parte of this issue i had to interfering in this cause.I have always worked in humanitarian crises in several countries such as Lesbos, Macedonia, Serbia, Hungaria, Bangladesh, India and in different refugee camps and conflict zones. but I never thought that one day I would turn my cameras to my own country.

The situation is very bad and I would like to count on your solidarity to unite the forces together and help the victims of this terrible disaster.
-clothes
-Blanket
-Medicine
-hygiene products
-Shoes for children and adults
-Food
-Tents
-Sleeping bags
Anything you will bring to the event will make a difference.

Cyclone Idai has swept through Mozambique, Malawi and Zimbabwe over the last few days, destroying almost everything in its path, causing devastating floods, ruining crops and killing and injuring thousands of people. More than 2.6 million people could be affected across the three countries, and the port city of Beira, which was hit on Friday and is home to 500,000 people, is now an “island in the ocean”, almost completely cut off.
The devastating cyclone that hit Mozambique may be the worst ever disaster to strike the southern hemisphere, according to the UN.

The official death tolls in Mozambique, Zimbabwe and Malawi are 84, 98 and 56 respectively. But these totals only scratch the surface: the real toll may not be known for many months as the countries deal with a still unfolding disaster.

Mozambique has been hit by cyclones and floods before: the most devastating in recent memory were in 2000. But these could be even worse.

Houses, roads and telegraph poles are completely submerged. The Mozambican and South African military and other organisations are working to rescue people from the air, though because roads and bridges have been ripped up or have huge sinkholes in them, many are struggling to get supplies and teams to the region.

Some people are stranded climbing to trees, others are on houses or other “new islands” that have formed, and have no food. 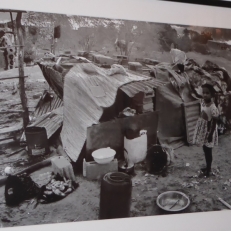 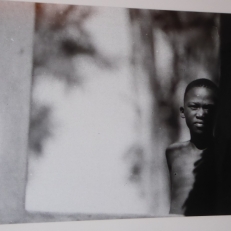