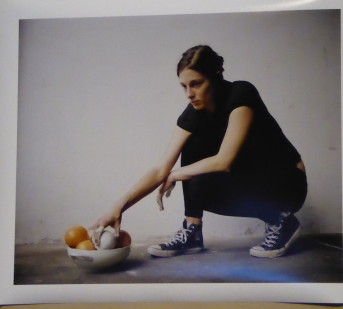 ​I worked with texts by different authors from Fluxus movement. These short texts were written around 1960 and they were intended as a musical score-tutorials for minimalist performance – “events” that everybody can realize or just interpret them. For many authors, the text is the only expression, but many of the events were presented to the audience. The events, what I chose,  have never been realized or recorded so therefore I decided to make them real and photograph them.“

Fabiana Mertová is a current student of her 2nd and final graduation year of Master degree in the Department of Photograpy at FAMU in Prague from studio intermedia and postconceptual photography.

Fabiana deals in her projects with photography, collages, manipulation of technical images and video. In the last projects she started to depict the creation of the preformance and she intends to continue in this theme. 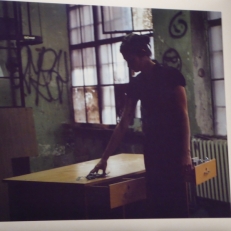